How It All Began

This story is an episode in the life of a frustrated lawyer. The concept for Sustained Leadership WBS sprung from a confluence of events and thoughts. I had long thought about writing more about leadership and had studied it rather thoroughly. My problem was that there was a great deal of conflicting information in the literature, and when people talked about leadership they seemed to more often be talking past each other, confusing management with leadership, and using terms that seemed to have no consensus on their definitions. In fact, every speaker felt a need to add some adjective ahead of “leader” clearly recognizing that the word standing alone had no meaning. As I stood contemplating my two large bookshelves of leadership literature, the thought of writing my own book crossed my mind and was immediately dismissed. It seemed we already had enough of that. What could I say that would be different?

I had been teaching leadership classes on behalf of an associate (as well as developing project management classes, but more on that in a moment) and in the leadership classes would write “LEADERSHIP” on the easel and ask the class to brainstorm what that term meant. The results were always informative and often intriguing. For example the term “tall” popped up frequently, and even more interestingly, primarily with government employees. After contemplating my own library and personal objectives, I asked a very simple question: If I were to build myself into a better leader, how would I do that?

One day I took all of the easel sheets and posted them around my office wall. I took the liberty of reviewing a great deal of the literature I had read and identified those words and terms that appeared frequently among others who had presumed to write about the subject, adding them to the inventory. I then went up to my large whiteboard and began to put and take, blend, meld, distinguish, and otherwise manipulate the many words and phrases within my universe of concepts. 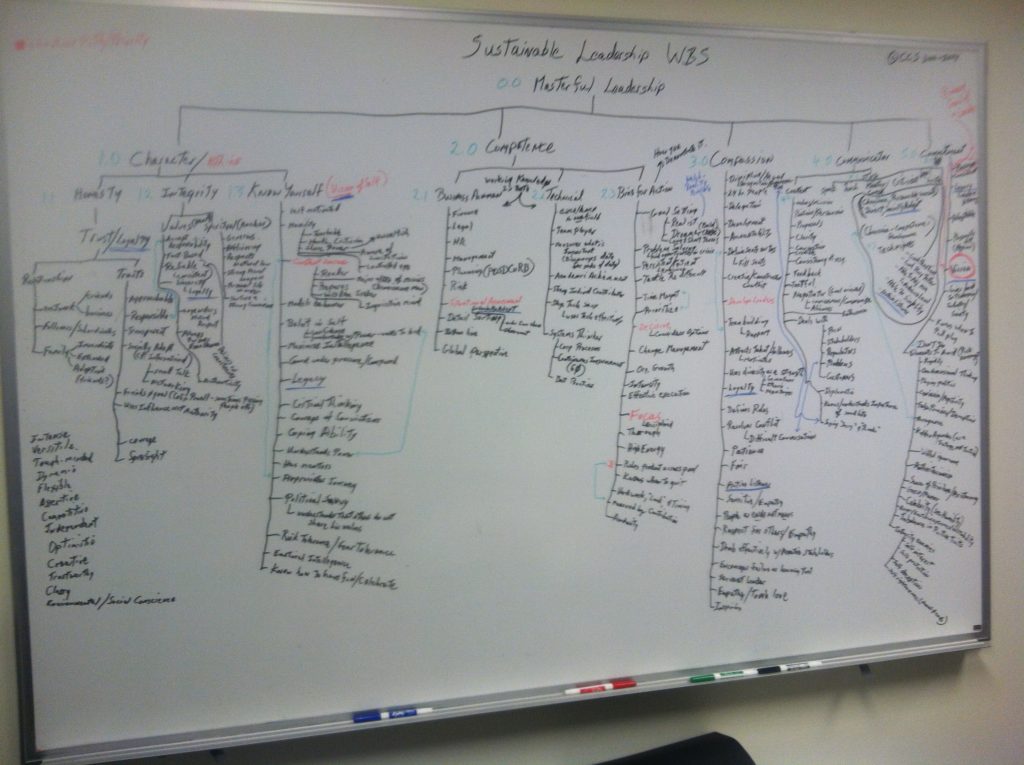 Actual picture of the whiteboard as the WBS was being built.

Before long, I had the majority of the concepts aligned under the headings of Character, Competence, Compassion, Communication, and Commitment. As I gazed at my new creation, it dawned on me that what I was perusing looked amazingly like a work breakdown structure. After all, if I were intending to build something, specifically myself into a better leader, why not borrow some tools from the world of project management? Best practices in project management suggest that you start with a scope statement and then define each of the steps or segments of work that must be done to complete the project. So long as every element of work is identified, its order and structure are not as important.

With this master chart in place, I realized that once you create a work breakdown structure (WBS) you must then create a work breakdown structure dictionary. One purpose of the WBS is to segregate charging for each element of the project, thus the project manager must explain exactly what is in and not in each element of the WBS. That is the WBS dictionary. The effect was that with 229 identified elements, I had to write 229 definitions.

At the time I was merely trying to lay out the structure for the book. In hindsight, and as pointed out by a couple of my reviewers, perhaps one of the most significant contributions Sustained Leadership WBS makes to the literature is the clearly defined lexicon that has previously not existed. I was not trying to achieve this; I was merely trying to get my terms clearly set in my own mind. As Socrates has told us, “The beginning of wisdom is the definition of terms.”

The magnitude of the writing project began to sink in. So I dedicated myself to “focusing and finishing” and even adopted that as my resolution for the New Year. So I wrote, and I wrote. Then I wrote some more. I continued my own research and writing. I spoke to people I was quoting to get the quote accurate; I emailed others; and I sought permission for the use of cartoons. And then there was the editing.

Any writer will tell you that the journey is always much longer, much more complicated, and much more involved than originally contemplated. Sustained Leadership WBS was no exception. And eventually it was done and submitted. I’ll save the gory parts of this segment for another post sometime.

Recently a review was posted that further enlightened my understanding of what it was I had done.  Dr. Dorie Cooper has shared with me the concept of Semantic Mapping. Without previously being aware of it, it is in effect, as best I understand it, exactly what I did in putting the book together. Similarly, it is an excellent way to make use of the book and extract the fullness of the language of leadership – now that we have a better lexicon for it. I encourage you to read her review and explanation here. 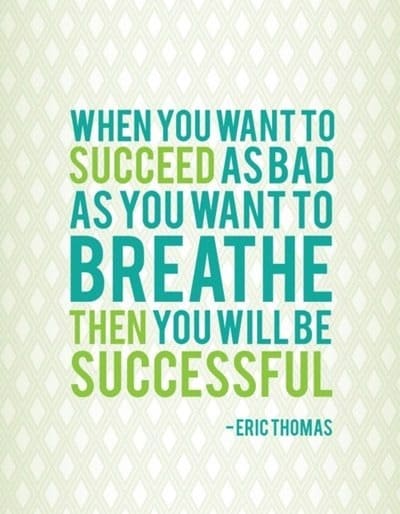 Semantic mapping and the development of a work breakdown structure are similar. Using a broad brush approach, buckets are created to hold similar concepts or tasks or project elements. While arguably some concepts might fit comfortably in any of several candidate buckets, they ultimately find a home within the given author’s construct. The key is to be as comprehensive as possible so the finished product, specifically you as a better leader, has no missing pieces.

So for those of you who have asked, or those who begin to wonder, how and why I ever embarked on this massive writing project, now you know. The discussions with the publisher on its size I will have to address in a later post. Meanwhile, go read what Dr. Cooper had to say. I think you will find it enlightening.

Need a keynote speaker or a leadership development program that actually works? Reach out here.

Want to accelerate your leadership journey?

Leave a reply Click here to cancel the reply

This site uses Akismet to reduce spam. Learn how your comment data is processed.